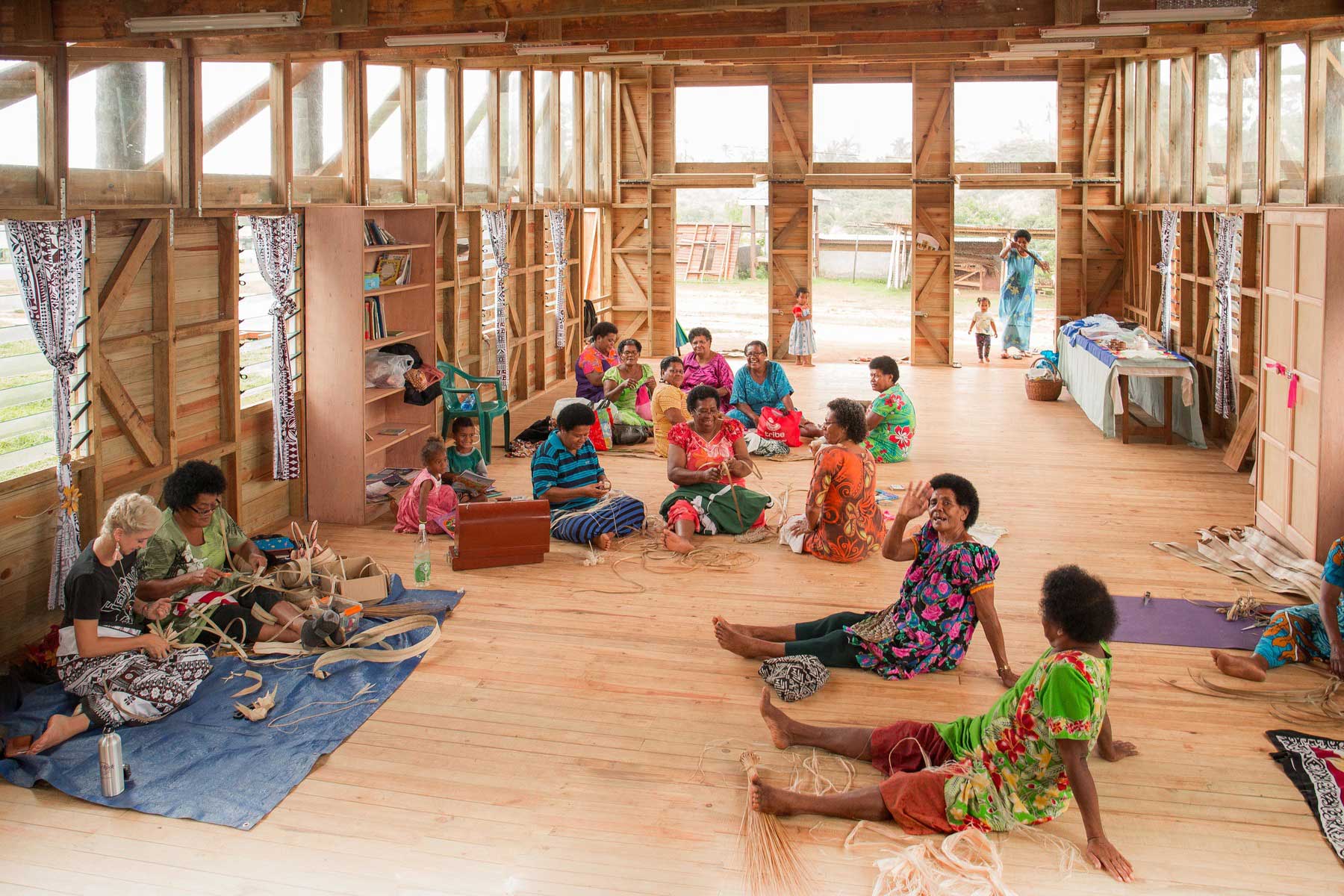 Rohini Singh is a development practitioner who has experience working in documentation, research, archiving and administration with grassroots and arts-based organisations. She currently works with Community Design Agency, a social design studio in Mumbai, India, as their Outreach and Advocacy Associate. Her educational background is in Economics and Liberal Arts.

Leann Andrews is a landscape architect investigating the impact that improving environments in vulnerable communities has on One Health. Her design and research with underserved communities can be found across the United States and Peru. Leann is currently an Assistant Professor in Landscape Architecture, co-founder of the design activism non-profit Traction, and associated with the Pacific Rim Community Design Network.

Dr. Nina Pawlicki has been a teaching and research associate at the Technische Universität Berlin since 2013 – previously with the Habitat Unit and since 2017 at the Natural Building Lab. Since 2009, when she participated in CoCoon’s DesignBuild-Studio ‘Praktikumsseminar Mexiko’ as a student, her practice, research and teaching are dedicated to the DesignBuild methodology. As part of an international consortium she co-initiated and co-directed the development of the online platform dbXchange.eu within a research project funded by the European Union from 2013- 2016.
To enable screen reader support, press ⌘+Option+Z To learn about keyboard shortcuts, press ⌘slash

Lorena Burbano is an architect from Quito, Ecuador. Since 2016, she is the co-founder and co-director of Atarraya Taller de Arquitectura, an architecture studio that focuses on accompanying and supporting collective processes of socio-spatial action.

After the completion of the Chamanga Cultural Center in 2018, she was invited to co-teach the design/build studio at the University of Applied Sciences in Munich, alongside Prof. Ursula Hartig and Sebastian Oviedo. As a result, the Center for Culture and Ecology in Santa Catarina Quiané was built, as part of a broader community struggle to maintain communal land in the Central Valleys of Oaxaca, Mexico.

Currently, Lorena is pursuing an advanced masters in Cultural Anthropology and Development Studies at the KU Leuven, Belgium. Through and action-research approach she is investigating prefigurative ways of city-making promoted by feminist collectives in Quito.

Sebastián Oviedo is an architect from Quito, Ecuador. His professional and academic interests focus on the plural modes of habitat (re)production that emerge from the practices of collectives, communities and movements in Latin America. Sebastián’s engagement straddles practice, research, activism and teaching. Collaborating with community organizations, public institutions and academic partners is part and parcel of his work with Atarraya, the studio he co-founded in 2016, which has received several international awards and recognitions.

Sebastián holds a post-graduate Master in Human Settlements and is pursuing studies in Urbanism, Landscape and Planning at KU Leuven. He is currently collaborating with Pueblo Kitu Kara on an action-research thesis, investigating the interaction between Indigenous territories and urbanization in the city of Quito.

Opción Más started as a music initiative in 2009. Over time, the collective expanded to include broader cultural programs including a music and oral tradition school, a community radio station and recording studio, among other activities. Since the opening of the Casa Cultural, their new home since 2019, they have organized and hosted initiatives that range from cultural events to facemask-manufacturing campaigns during the pandemic. They focus on giving children and teenagers outlets for creative expression, while preserving and strengthening Chamanga’s cultural heritage.

Sergio Palleroni is Professor and Director of the Center for Public Interest Design, Portland State University.As an educator and professional he has been pursuing an understanding of PID pedagogy and practices and their application in the field since the 1980’s.

Ursula Hartig is co-funder of cocoon-studio. Since march 2017 until October 2020 she held a professorship at the University of Applied Sciences in Munich. She became a research fellow at the Department of Architecture, TU Berlin in 1997. Since 2001 she has been a project manager and director of TU Berlin‘s DesignBuild Studios. She holds a Master in Architecture (Diplom Ingenieur) from the Technische Universität Berlin. Hartig is Funding Member of the DBXCHANGE NETWORK.

Winnie White Tail-Mendivil, M.Ed., LISAC, is a Cheyenne tribal elder and the Director of the George Hawkins Memorial Treatment Center.Winnie has been in the field of mental/behavioral health field for forty years. She is knowledgeable in her Cheyenne traditions and culture. Her passion is to assist and provide culturally appropriate treatment to Native peoples. She is a Southern Traditional dancer and dances in her Cheyenne buckskin dress made by her elders. She is an enrolled member of the Cheyenne and Arapaho Tribes of Oklahoma.

Gordon Yellowman, Sr., is an enrolled member of the Cheyenne and Arapaho Tribes. He has extensive knowledge of Cheyenne history, customs, traditions and religious beliefs. Has 20+ years, experience working and administering federal and tribal programs. Gordon has curated 5 exhibitions on various cultural and art topics of Cheyenne and Arapaho cultural arts. He is co-author of numerous exhibition catalogs and scholarly texts, in 2021, Lead-Curator, Imprisoned but Empowered: Cheyenne Warrior Artists at Fort Marion, Cummer Museum, Jacksonville, Florida.

Katelynn Pipestem is an enrolled member of the Cheyenne and Arapaho Tribes. She also descends from the Osage, Otoe-Missouria, Zia Pueblo, and Potowatomi Tribes. Katelynn obtained her Master of Social Work Degree in May 2021 and has been working as a counselor technician for the George Hawkins Memorial Treatment Center since August 2021. She is focused on helping her people achieve sobriety so that her tribal communities can heal from the inside out. 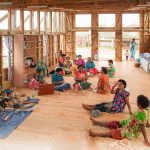 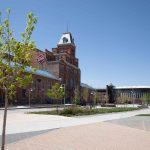 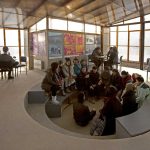 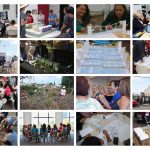 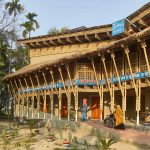 Join our newsletter list to stay up to date with DCG

Two online conversation events, on 3 March and 19 March, extend the global community created by the Design for the Common Good Exhibition and Structures for Inclusion Conference. Join with public interest designers, community members, and leaders in the field for a curated dialogue about the exhibited projects and the stories behind them.

On March 19th, a selection of six project teams and communities from the exhibition will reflect in a dialogue between DCG networks, open to all. The Conversations will focus on understanding the stories of community design projects and held online to support team members and communities around the world. 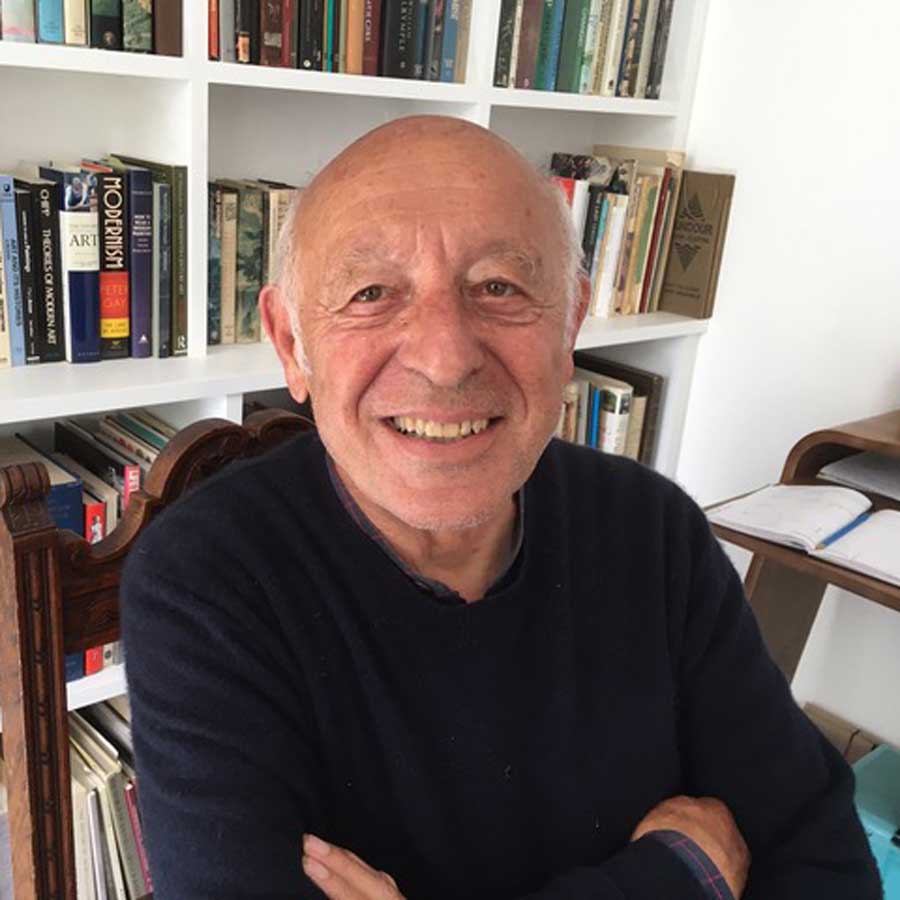 Professor Nabeel Hamdi
Nabeel Hamdi qualified at the Architectural Association in London 1968. He worked for the Greater London Council between 1969 and 1978, where his award-winning housing projects established his reputation in participatory design and planning. From 1981 to 1990 he was Associate Professor of Housing at the Massachusetts Institute of Technology (MIT), where he was awarded a Ford International Career Development Professorship. In 1997 Nabeel won the UN-Habitat Scroll of Honour for his work on Community Action Planning. He founded the Masters Course in Development Practice at Oxford Brookes University in 1992, which was awarded the Queen’s Anniversary Prize for Higher and Further Education in 2001. He was awarded an Honorary Doctorate from the University of Pretoria, South Africa in 2008. He was ARUP Fellow at the University of Cape Town, Adjunct Professor at the National University of Technology, Trondheim Norway and recently visiting professor at the Graduate School of Design, Harvard University. He is currently Professor Emeritus at Oxford Brookes University. Nabeel has consulted on housing, participatory action planning and upgrading of slums in cities to all major international development agencies, and to charities and NGOs worldwide. He is the author of The Spacemakers Guide to Big Change (Earthscan from Routledge 2014), The Placemakers Guide to Building Community (Earthscan 2010), Small Change (Earthscan, 2004), Housing Without Houses (IT Publications, 1995), co-author of Making Micro Plans (IT Publications 1988) and Action Planning for Cities (John Wiley and Sons, 1997), and editor of the collected volumes Educating for Real (IT Publications 1996) and Urban Futures (IT Publications 2005).